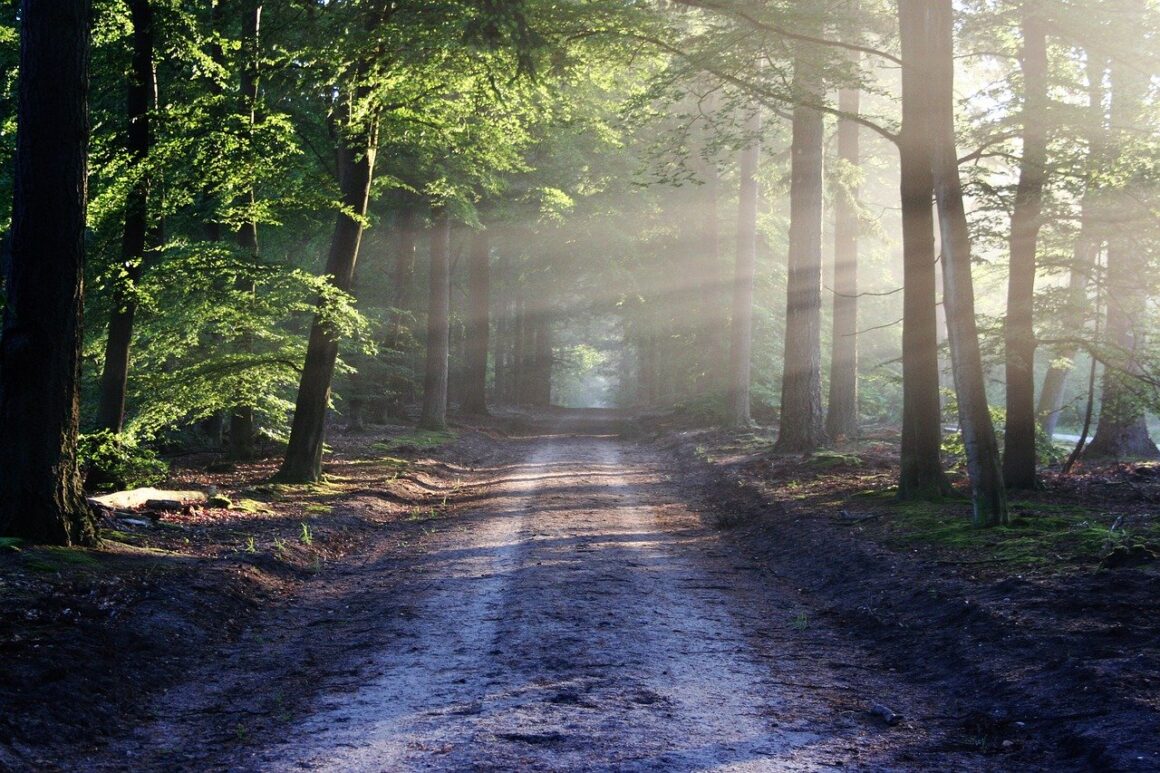 I often feel misunderstood because I’m so sensitive. And honestly, this is true. A lot of people are not as sensitive as I am.

The problem with this is once I learned I had the HSP Trait I created an identity with it.

Not only an identity but the victim mentality that usually comes along with it and I became the victim of my sensitivity. It was a ready excuse for everything.

The reason why I disliked my work or couldn’t deal with the people I worked  with. The reason why my relationships faltered, because no one really understood what I meant or felt.

I became the ‘special snowflake’ who could never succeed in life. My genes were cursed because of my inability to master my emotions. Cursed because life had chosen me to carry this burden.

So, I turned to spirituality and meditation. Tried to be kind to other people. Volunteered in the community. But it backfired on me. It seemed like the kinder I was, the unkinder the world was towards me.

I tried so hard to be good to people. Why me?

This happened to me and still does to this day. I have been called brilliant, talented, special, different. But I struggle all the same.

For me I’m learning it comes down to one thing — Ego.

I began understanding that I had been closing doors to opportunities because I’d already committed to a self-fulfilling prophecy.

There’s no doubt life is hard.

But why is it so much harder for HSPs?

For me it’s because I do one of three things, sometimes all three. I either bottle my emotions, ruminate in them, or I chase happiness.

Well for me I’m trying to find meaning in all this craziness. I feel stuck. I feel as though even people who are HSPs just don’t understand me either.

I’m starting to think that I may be even more sensitive than they are. Which is very possible since the empathy spectrum is like everything else, a bell curve.

In despair I read a book about a clinical psychiatrist by the name of Victor Frankl. In his book Man’s Search for Meaning he recounts his time as a Nazi prisoner during World War II. He describes the hardships and horrors he experienced in his time in Germany.

Out of this experience he developed the concept of Logotherapy.

Logotherapy is the idea that the driving motivational force for a human is to find meaning in life.

“We can discover this meaning in life in three different ways: (1) by creating a work or doing a deed; (2) by experiencing something or encountering someone; and (3) by the attitude we take toward unavoidable suffering” and that “everything can be taken from a man but one thing: the last of the human freedoms—to choose one’s attitude in any given set of circumstances.”

Logosythesis is the idea of healing through words, but more importantly the context in which we have interpreted our past experiences, and how we anticipate our future experiences.

This predicates how we view ourselves in present time.

This is a self-fulfilling prophecy.

See personally I’ve found so much relief in the fact that I could release my emotions.

I had attached so much meaning to them that they were controlling my entire life. And honestly, they still do to an extent.

But I’d found a wonderful technique to let go, surrender, not only mentally but physically. I would feel the emotion in my body and accept it for what it was. A feeling.

Then I learned to psychologically separate myself from it creating a psychosomatic effect in my body. It would feel lighter; this was an indication I had let go.

However, I became addicted to this. I would then search for more feelings that were attached to the ones I had let go.

Yes, I learned if you cut something from the root you’ll have a breakthrough. But, not if you’re making a new discovery. Each time I would pull the root, there was an empty void.

What I learned was to fill that void with love, and love is true power. However, at first I would pull a root and plant another seed. Instead of accepting the void for what it was, peace.

See for me, peace is just that, it’s a knowing of being, not something you can conceptually think about. Thought is energy, and what we think about is what we give energy to.

They’ve done research on how you can place two cups of water and the power of thought will change the molecular structure of water from clean to rotten or vice versa.

Thus, we visit the idea “what resist persists”.

Logosythesis allowed me to gain power that I’d given away. Power that I never really lost. Because it’s in the perspective and attitude I choose.

Instead I chose depth of character, humility, and compassion to become my spiritual practice.

Acceptance and Surrender is what I learned to do.

Accept my life situation, and have a surrender attitude rather thab a resignation to life. Because by doing so I started to have life happen for me not to me.

Because I learned that Frankl was right.

It’s not what we expect of life, but what life expects of us. I stopped questioning life, and instead became open to the questions life was asking of me.

Because life ultimately means taking the responsibility to find the right answer to its problems and to fulfill the tasks which it constantly sets for each individual.

Stopped talking so much. The ego makes it seem like I’m doing work or venting. But rather than doing the work I get caught in my emotions and don’t get the job done. The first step is taking responsibility for my life.

Understand and keep learning. When I first learned about my sensitivity I wanted to understand and learn more about it. However, now that I’ve identified with the frail sensitive individual, I’m now a lost cause. Letting go of my ego is understanding like Frankl said.

This makes me humble. And the truly humble are never humiliated. Because being humble is the antidote to Ego.

I started being more practical, and not as passionate. Being passionate makes me emotional which can lead me to do stupid things. Being calm and sometimes calculated allows me to see clearly the necessary steps to reach the objective in mind.

I continued to help others. Because just like learning, helping others keeps us humble. Yes, it may be very difficult because people won’t have the same empathy I do.

They may not treat me as such. But when that happens to me I remember this is an opportunity to learn and grow.

How can I shower them with kindness?

How can I take this moment and learn to become kinder, wiser, stronger?

I practiced being more present.

But I am present!

At the moment I’m the most perfectly imperfect I can be. Which means I will have limitations. But acceptance of my limitations allows for change to occur. It’s stops the reactions and allows the responses. I’m then presented with choice. Real choice.

This allows me to get out of my head. Remaining focused. Focus is control and allows me control enough to restrain myself from emotional outbursts. Or when I reply to those unkind and get sucked into the negativity. I stop myself and remember they, just like me, are only being unkind because they are unkind to themselves.

Being present stops the ego from being offended. Staying humble. Simple, however it is not easy. This, for me, has been the toughest task as an HSP.

Even after eight years of practicing meditation, I still have trouble, but it shows me that learning and growing are never-ending.

This is also a humbling fact. It is not because I’m inept or mentally incapacitated, it’s shows my true potential to learn and how my capacity to learn is infinite.

How did I begin to avoid most of the pitfalls of ego?

I stopped telling myself stories. Stories of failure and success. The ego has a very interesting way of sneaking in. Even spiritually, thinking it’s holier than holy, that I always knew I would figure it out. Being vain is not humble and will inevitably bite me.

It also tells me stories I’m not enough. Instead I choose to take the challenges in life as opportunities for growth.

What happens with these stories is that I get sidetracked and forget what is important. Kindness, love, generosity, family, goals.

Am I acting out of fear and insecurity or am I acting in love and acceptance?

Am I taking responsibility over my life?

I embraced the concept of not letting life manage me. Instead I started to manage myself first.

I began to know myself, learning my strengths and your weaknesses, accept them. But most importantly I learned how I think and process. This has been the tool I rely on now. This has allowed me to be able to manage not only myself but my expectations.

And I’ve found that managing my expectations allows for opportunities to open up for me. Because I’ve become open-minded. Which means less dissatisfaction, disappointment, and depression.

Yes, we have to do a little more than most people.

Then I remembered a pivotal moment in my life, of course it didn’t seem pivotal at the time but  looking back I can see now that it was.

I once drove a blind war veteran. I asked him how it felt being blind for ten years. He told me he “couldn’t see it any other way”.

He had such an optimism about him. Yes, he missed out on so much, but now he travels the world as an advocate for technology to help physically incapacitated youth. Meaning he helps those in need like he did in the military.

He told me how it made him fearless and in spite of his limitations he climbed the Himalayas. He told me losing his vision allowed him to see the bigger picture, find purpose. Use it as a gift.

He learned how to use what he was given,  and turn it into his greatest asset. His name is Steve Baskis and he is the creator of the nonprofit organization, Blind Endeavors.

This reminded me that no matter what we’re given we can always use it to not only our benefit but to benefit others. So I began looking at my HSP Trait differently. How I can use it to benefit myself and others.

What ways do you let your ego get the better of you? How can you turn the challenges of your HSP Trait into your greatest assets?

Bryan is a Trainer for an International Dating Company, an aspiring Life Coach, and an Entrepreneur. He received his Bachelors degree in Criminal Justice and wants to further pursue the first masters in masculinity studies at STONY Brook. He's the creator of Baam Anxiety. Follow him on Facebook and Instagram.

An HSPs Battle with Depression

Is the Word “Sensitivity” Being Sabotaged? 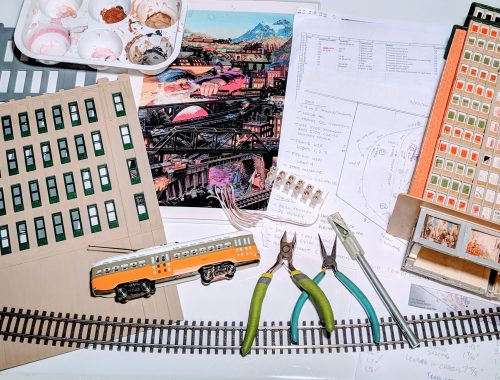 What I Ask Myself When I Start A New Creative Project 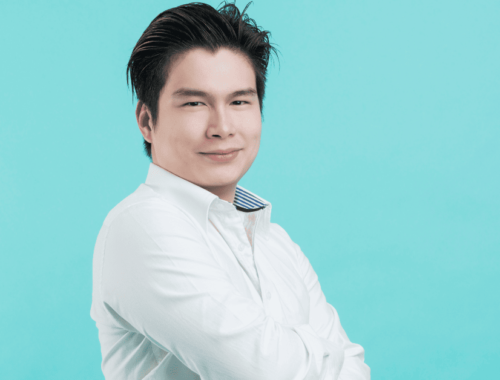