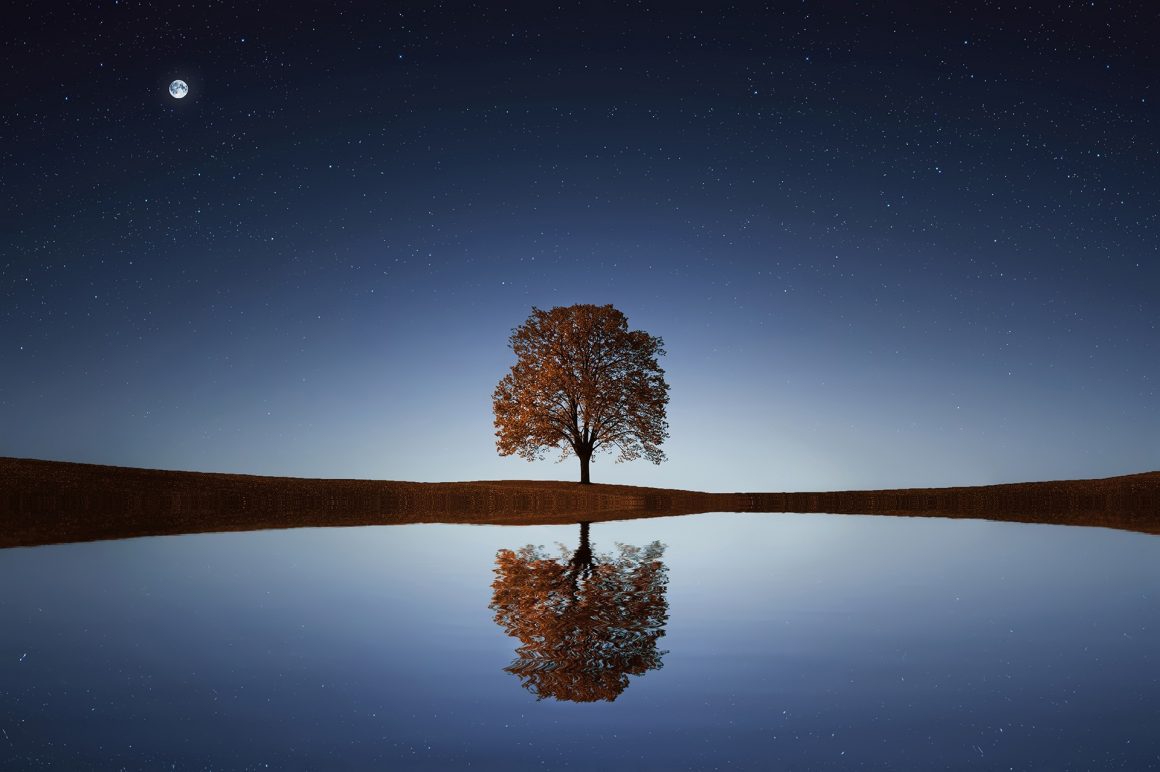 This was where I had my first experience with Projection in action.

I’d recently learned I had the HSP Trait and had organized a local HSP Meetup Group. I wasn’t able to book our first meeting room at the library, so instead we were meeting in a garage that had been fashioned into a livingroom.

The ambience was a bit rough, (the majority of HSPs like and appreciate calm, clean and aesthetically pleasing environments), but it was an adequate workaround. Our next meetings would take place in a meeting room in a library, where our room had been booked for the following five meetings taking place once a week for the next five weeks.

I wasn’t nervous about the upcoming meeting because I had a plan.

We would be following the HSP Discussion Group guidelines, which included structured meetings with planned exercises. I’d read through the exercises and was feeling relatively comfortable and prepared, intellectually.

But I wasn’t prepared for what happened next. And what happened was my first introduction to “Projection” – cleverly, in my opinion, disguised as an exercise called “First Impressions”.

Then the group chooses one person and everyone else tells them what they’ve written about that person (nothing else), after which, the person receiving the feedback says, “Thank you.” This continues until each person has heard feedback about themselves.

Because the exercise is designed to show you how Projection works.

Because what you will hear from others when they give you their feedback isn’t “true” of you, it just reflects the impression you made on these people who are new to you. So you’ll hear others’ Projections – in other words, what they value that they look for in others. You’ll also be noticing your own Projections, “You have good taste in clothes,” may mean I value someone who has good taste.

Or, you may hear someone say, “I like how you dressed tonight, you have good taste,” when in fact I may have an automatic distrust of people who put a lot of effort into their appearance, so it’s one of my complexes.

Sometimes we can project onto others something we deny in ourselves, so I can say, “You’re mad”, when in fact, you aren’t, I am, but I don’t know it yet, or I’m denying it.

See, all projections need an outer, physical “hook” that make them seem valid, even if it isn’t.

So the exercise begins shedding light on the value of beginning an inner journey, a journey that begins on the premise of self-awareness.

In this way I began learning, with practice, how to recognize when others were projecting onto me, but I also began learning about how I project onto others when, after the meeting was over, I re-read what I wrote down about others.

As I began to practice this more in my everyday life, I began to see how Projection is a knee-jerk  response in myself and others.

But more importantly, practicing noticing Projection requires me to be more present and aware of my thoughts and feelings moment-to-moment, and to question them when needed.

Why is this valuable?

Because the majority of HSPs have been taught to gauge their value based on others’ projections, which may, or may not, be valid.

Knowing what emotions, thoughts and beliefs belong to you, and what belongs to someone else allows you to appreciate their perspective without “buying” into it, which can end up saving you a lot of time and energy.

Because as an HSP we pick up on so much; not only the subtleties of our physical environment but also on the energy of others, their ever-changing facial expressions, their reactions to others, their comfort level, their emotional state – to name a few.

In total I had the amazing opportunity to facilitate six HSP Discussion Groups, and each time we practiced the Projection exercise it allowed me to continue to delve into my own inner journey, of understanding how my own beliefs and others’ beliefs shape my perception of people, situations and of myself.

It was like peeling an onion, diving into the experience of understanding Projection.

For example, my feedback to someone in the group could’ve been, ­­­ “John I feel uncomfortable that you may not like me,” could’ve been because John “seems” to be a judgmental person to me. But is this really about John? Or is it about how I’m perceiving John and it’s really about me, and how I’m judging myself in that moment?

How freeing for an HSP!

Like many HPSs, I was brought up to believe my priority in life, the way I was to operate and be of value, (and for me in many instances, it was a survival technique), was to make others “more emotionally comfortable”.

So beginning to understand this isn’t in my control, nor is it my responsibility – allowed me to step into deeper understandings of myself, which also led to taking responsibility for my own emotions and thoughts, with an emphasis on self-compassion, self-acceptance and self-forgiveness.

Until the phase arrived where I began recognizing, instead of in spurts, or only at certain times, each moment that didn’t “feel right” to me, when someone else was trying to project onto me.

As my self-awareness and my practice of staying grounded in the moment grew, I began picking up on what I “felt” comfortable with, what “sounded” authentic, and what didn’t. If it didn’t “feel” right, or “seem” right, I disengaged. Simple.

Here’s an example of this in action.

I travel and recently met a gentleman. After asking me what country I was from he said, “You’re a female travelling alone in a foreign country? That’s dangerous.” Followed by a look that indicated he didn’t think it was wise. And here is where, as an HSP, I used the tool of projection, because as with everything, practice is highly beneficial.

They were also someone who was fearful (note the word “dangerous”). How attached they were to their beliefs was reflected in their “knowing” look. Meaning, they believe they understood reality in a way that was superior to how I do.

Was I going to change this person’s mind? No. Would it be a good use of my time and energy to try to? No. So I simply smiled and said it was a beautiful country and I found the people very friendly, which it is and which I have, and I disengaged. The conversation ended. This is how I practice self-compassion.

Here’s another example. “They feel bad and that’s why they’re acting the way they’re acting”. This is something one family member said to me about another family member. This is trickier because it pulls at memories and beliefs that involve a history of family dynamics, and unless you belong to an emotionally and psychologically healthy family (I’m not seeing many hands in the air – lol!), this is where most HSPs struggle. I know I did and sometimes still do.

As a friend wisely said, this involves dealing with a large pancake stack of projections from the past and from our childhood and in many instances projection is used to manipulate, sometimes unintentionally, and sometimes intentionally.

In this case, the sentence spoken to me was communicated to me so I would “rescue” or “save” the family member from feeling this way, a way that would include me not valuing my own beliefs and values, and would require me to overstep what I’d been working toward creating for myself – healthy boundaries.

My response? “I understand why they’re feeling that way, and I trust they’ll find a way to heal and move toward a way of being where they don’t feel a need to act that way.” In this way I was releasing myself from any obligation to “do,” anything.  This is how I practice self-compassion.

Another example? “I always find you to be so calm, and it calms me.” This is something I’ve heard frequently. Which is a compliment, but in some instances it’s a projection. When it’s projection, I notice it because it “feels” off. It “feels” inhibiting. It feels as if they don’t want me to express my own wants or needs, whether that be my time and/or my energy, because that would involve them having to compromise.

Most HSPs aren’t prone to confrontation, and while I don’t particularly like it, I’ve learned that if it’s needed, it’s needed. If I need to address a difficult situation and someone begins with a projection, I understand this is their way of trying to control me.

In this case I allow myself to express my feelings and thoughts, regardless, knowing my feelings are valid and important and I give myself permission to express them. This is how I practice self-compassion.

Understanding how Projection works has been a journey into a level of self-awareness and understanding that becomes more freeing with each step. In some instances I’ve recognized when I was projecting, and I’ve used these opportunities to delve into the parts of myself that are based on beliefs that aren’t valid and don’t serve me.

As with any lasting, deep change it’s a process and eventually I’ve been able to leave my cocoon, into a way of being that feels lighter, adaptable, and in line with my values and purpose. This knowing allows me to shape my life, moment-by-moment into one where I feel comfortable and at ease.

So far, learning about Projection has given me the ability to delve into the gifts of freedom, understanding, compassion, acceptance and peace.

What’s your understanding of the world ‘Projection’? Have you noticed it in action in your own life?

Dealing With the Energy of Our Regrets

What I Ask Myself When I Start A New Creative Project 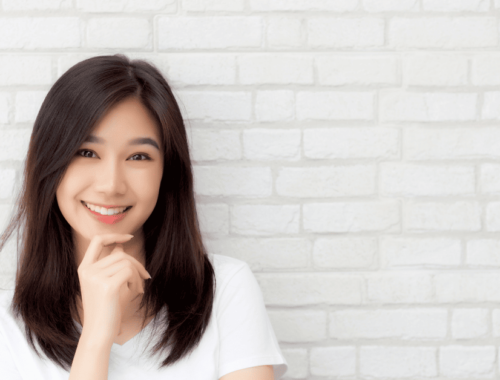 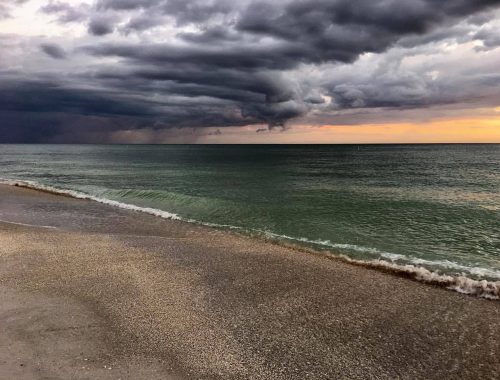 Dealing With the Energy of Our Regrets 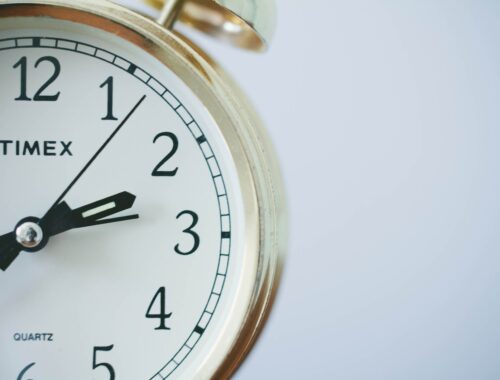