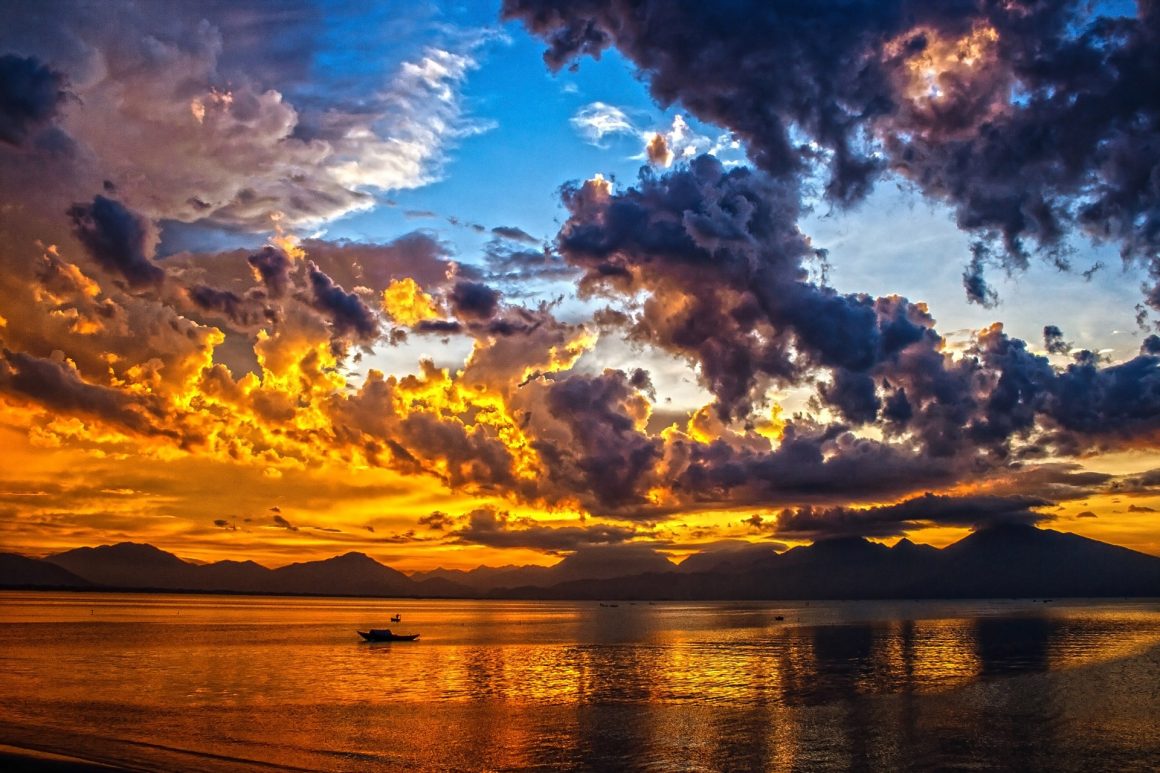 In the winter of 2016 something in me was triggered.

I demanded within myself, answers, explanations and clarity.  Something inside of me pushed me like never before.

I spoke out, but from within, asking the Universe for the answers no matter what the cost. I said, “…lead me to the door and I’ll open it.”

So the journey began, as the Universe in its subtle yet distinct way responded.

It was my time to awaken, and as I questioned the faith I was indoctrinated into, I started to research everything and anything. The Universe, and to clarify what I mean by that term, is what I refer to as God, the Source, a universal Consciousness I believe is the creator of all that we know.

One aspect of who I am needed no research, and was something I’d feared to face as I approached the end of High School.

That reality was the fact of my sexuality, and I had to admit to myself and my family I was gay.  I questioned, “How could God cheat me out of a respectable and fair life? Why me as compared to my three younger brothers?”

I sensed as young as five years old I was not like other boys, but it was nothing sexual, just a sense I was different from them—as I studied their movements, habits, the way they spoke, interacted, you get the idea.

It went even deeper though, at least now that I am older and remember other characteristics I had—why was I so sensitive, gentle, kind and what was most unusual to me, why was I so emotional? Not only as a boy but as a person in general?

My parents, Italian Catholic, were very young when they had me. My mother’s side of the family emigrated from Italy in the mid 1950’s and I studied how the men in my family acted.

Even though I was not an effeminate boy, I was also not the macho Italian type I was accustomed to being around.

My family environment was full of yelling and loud conversations, but not a lot of warm nurturing and showing of affection, physically or verbally, and always a sense of being proud and giving the appearance to the outside world  that we were well behaved and had a very neat and “appropriate “ appearance—otherwise what would others think?

I may have been around eight years old when my sensitivity started to rear its head and I couldn’t control it.

I remember one event in particular where one of my brothers was being scolded beyond my ability to comprehend.

We were at my grandparent’s home for our typical Sunday gathering, and the yelling and behavior I witnessed caused me to scream out, shake and say things to my parents just to get them to stop.

My grandmother, being the cutest little caring Italian woman you’d ever meet, grabbed and held me tight trying to comfort me, but the expressions of confusion and shock on their faces spoke volumes to me.

I believe at that moment, even though they saw I was this very sensitive boy, their proud natures blocked it out, as they believed this is not the way a boy should act, (and at this point they had no idea, nor did I, that I was gay!) and the denial continued for years.

My grandfather on my mother’s side was this big, strong, typical Italian man, strict in discipline and demeanor and spoke in broken English. He carried with him the ways of the old world, and to my fascination—a passion for gardening.

I am still amazed I remember this particular day—I was around two years old, sitting on his knee, and he was leaning me forward to look closely at the yellow flower of a tomato plant, then slightly to the left he pulled forward a tiny green tomato attached to the vine, just starting to form.

It was in that moment he transferred to me what I thought was a tiny miracle and unbeknownst to him, he’d planted a seed within me which defined the rest of my life.

Not only did it become my career choice, but it showed me the magic of life and my passion for those miracles we’re surrounded by every day.

Now that you have a brief sense of who I am, let’s circle back to 2016 and the continuation of my uncovering of self.

As the Universe responded to me by presenting me with that first door, within that room were many other doors.

One of those doors led me to a suggested movie I might like on Gaia.com.  That movie was called Sensitive – The Untold Story.

It was like the heavens parted and all my unanswered questions to my unusually sensitive way of perceiving were revealed.

Yet, The Divine would only offer me one door at a time. It doesn’t want to overwhelm you with too much or too fast, it whispers in the ocean of your thoughts, “…be patient, be still, all in the right time.”

These other doors I opened revealed to me the best medicine for healing I could ever recommend to someone—the practice of meditation.

The practice of meditation led to other gifts showing themselves; clairsentience, a form of synesthesia, at times but not often, clairvoyance and clairaudience, and lastly another bread crumb led me to discover my personality type, INFJ – the Advocate.

My most valuable lesson though, was in a strange way that my original belief system (although flawed by man through organized religion), had brought me back full circle.

I now perceived everything in a completely new light.

It was like a spiritual astigmatism had been removed from my eyes, and this clarity now allowed me to view my true reality.

The unveiling of the Universal source of energy, a Grand Consciousness, I believe is the image in which we were created. Each one of us has that within, we are all co-creators, all of our choices have resulted in our current situations, and once we accept this we can start to live the lives we truly want and deserve.

As a way of expressing my sensitivity, a few years ago I decided to begin creating art. I do this from the guidance within, incorporating into these pieces my finely-tuned emotions and the way I perceive my surroundings.

Most of the time I do have an idea what I’ll create, but as my hand hits the canvas, and with specific musical choices playing in the background, my imagination then starts to flow. The Universe guides the brush, and sometimes I feel my sensitivity telling me, “Not today,” or “It’s time to continue…”

When I ask for help because I’m stuck, the Universe always responds—it’s either a feeling, a flash of images, or a strong urge.

Other drawings I have done have been events, visions or internal messages I have received during meditation or a dream state, and I always try to incorporate nature with a sense of what only the imagination can offer.

Then the Universe interceded once again and I was introduced to yet another teacher, one which I have found great admiration for, the late Neville Goddard. I’ll end using his coined phrase, “Now let us go into the Silence.”

How about you? How did you find out you had the HSP Trait?

Why, as an HSP, I Don't Relate to the Word "Empath" 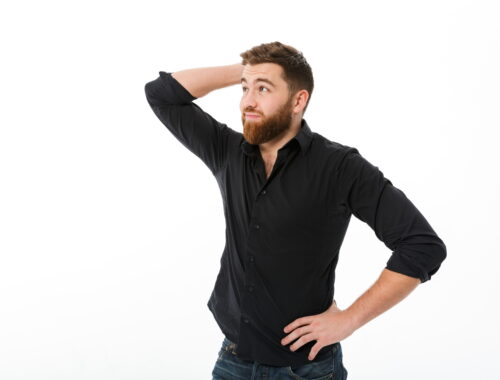 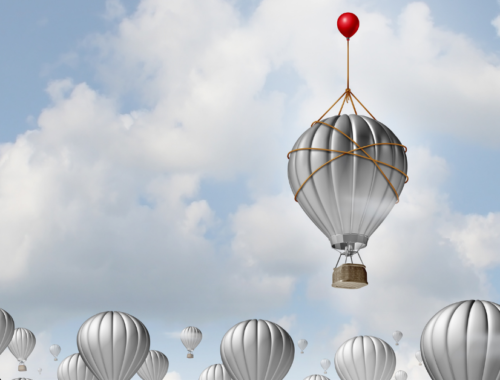 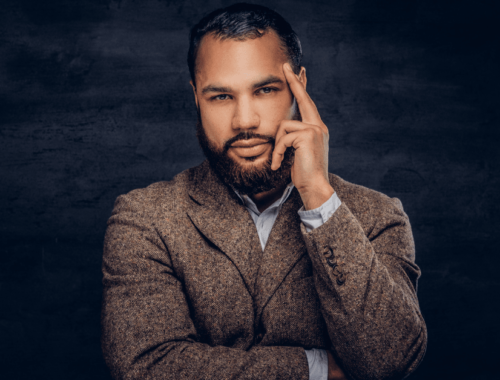 6 Solutions Highly Sensitives Can Use For Overthinking 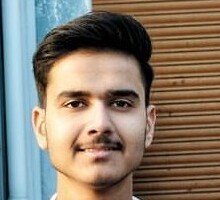 Aaditya is a Highly Sensitive Person and an explorer. He is extremely passionate about travelling and writing. A student who loves reading psychology and fiction books. He loves to interact with people and share knowledge

Shannon is a Highly Sensitive Person and an Introvert. She is a coach for Highly Sensitive People and the Social Media Manager for HSP World. She is an advocate for breaking the stigma on mental health. She loves laughter, kittens and helping people live their best lives.

Robyn organizes the Montreal HSP Meetup Group in, Quebec, Canada, where she also works as an English language coach and editor. An extroverted HSP (really!), she hopes to help HSPs and the people close to them by speaking about the Highly Sensitive Trait.